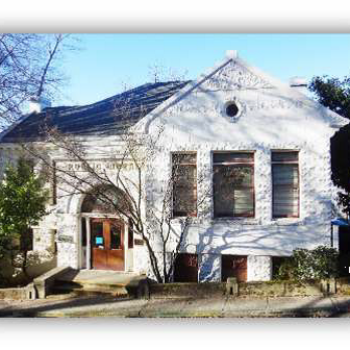 In 1902, a free library and reading room was established in Nevada City and a librarian appointed.  A $10,000 endowment from the Carnegie Foundation allowed the Nevada City Library's construction, which was dedicated on October 4, 1907, at the corner of North Pine and York Streets. Today, this building remains open to the public and part of the County library system as the Doris Foley Library for Historical Research.

In Grass Valley, the City of Grass Valley became responsible for a grass roots library in 1911, paying rent on the building that contained it. In 1915, Grass Valley received an offer of $15,000 from Andrew Carnegie, and in 1916 construction was completed on Mill Street in downtown Grass Valley.

Truckee has had a public collection of books that was available for the community to borrow since 1951. The collection was originally located in a church before moving to several different locations in school district buildings.

In August 1972, the Nevada County Library System was incorporated, with the Nevada City library serving as the main branch, along with the Grass Valley Library and Truckee Library. In 1976, the new Truckee Branch Library was opened. In 1991, the $2.2 million Madelyn Helling Library was built next to the Eric Rood Government Center and became the main branch, while the Nevada City Library began a new mission as the Doris Foley Library for Historical Research. The Bear River Library (a partnership with the Bear River High School Library) and Penn Valley Library (located in a shopping center) were added in 2002.

Today, the Nevada County Library includes the Collaborative Technology Center, a 5,000-foot addition to the Madelyn Helling Library, which houses a classroom, two study rooms, and  public computers. The Marian E. Gallaher, M.D Amphitheater was built at the Madelyn Helling Branch in 2017 and provides space for outdoor library programs, as well as free public performances by other organizations.